Posted in Projects   |  By SCENE 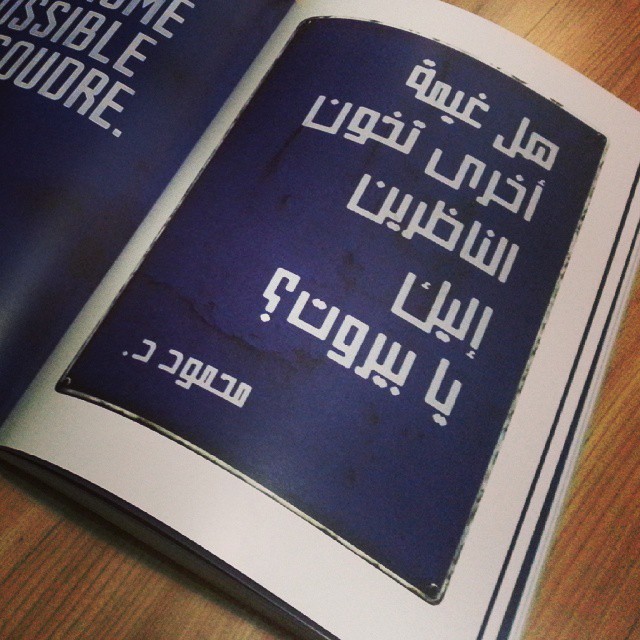 "The Beirut Book" came out in Octobre during the yearly "Salon du livre".

One year ago, I met David in London during "The Arab Art and Design exhibition" at Graffik Gallery, in which we were both taking part. Apart from his long career as a writer and journalist in Lebanon, he is the creator of "Beirut Prints" presenting high quality prints to the public by a variety of talented Lebanese photographers.

Last spring, he asked me to handle both the Arabic Editing, picking sentences from songs or books, and the creation of an Arabic font to be used in the book to go well with the stencil style of the Latin Font used in the book and created by himself based on Beirut Street signage.

The result is a book made with a lot of Love for a city that doesn't leave anyone indifferent, to say the least!